On April 3, the Verona High School Alumni Association was proud to host the 2014 Hall of Fame Induction Dinner. The evening was a toast to greatness, and a celebration of some of the outstanding contributions and achievements put forth by VHS alumni. Nearly 200 guests showed their excitement with several standing ovations honoring the esteemed inductees. Humbled acceptance speeches were overflowing with Hillbilly pride and illustrated the inductees’ desire to pay it forward, continuing to give back to students, school and the community.

The Verona High School Alumni Association wishes to thank our many alumni volunteers and Chairperson Erika Balestro Desimone along with Emcee Scott Chesney for an outstanding job, Rob Frungillo and the staff of the ‘Villa” for a wonderfully executed evening, and all the program sponsors and guest of our honorees.  Congratulations once again to our Hall Of Fame inductees:  Paul “Doc” Goeltz, Anthony Carsillo, 1957-58 VHS Soccer Team, Jack Wickham, Herb Babb, Steve Aldiero, Col. Joseph Simonelli, Jr.

We would like to remind everyone that the Hall of Fame nomination forms can be downloaded here: 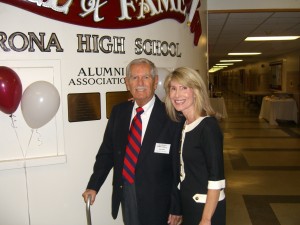